Safety pharmacology is a scientific discipline that tests a drug’s potential, and unwanted effects on organ and physiological systems functions. Addressing safety pharmacology is an important step in conducting nonclinical drug safety evaluation. It complements toxicology, and functional safety pharmacology endpoints are often investigated within the context of overall safety study designs. The manner in which both standalone and integrated safety pharmacology studies are conducted (i.e., the study context) determines the value of information extracted from the process, and ultimately applied to the design and operation of first-in-human clinical trials.

The origins of safety pharmacology are rooted in the limitations of traditional toxicological and primary pharmacology (target efficacy). Traditional toxicology and primary pharmacology testing does not adequately detect and characterize certain kinds of off-target functional changes. From a safety standpoint, these are also of concern. While obtaining data on structural changes to tissues is crucial, it does not identify all effects relevant to drug safety. The growing realization that functional effects were not always identified and fully described in preparation for first-in-human clinical trials led to new internationally adopted guidelines, which formed the foundation of regulatory safety pharmacology. 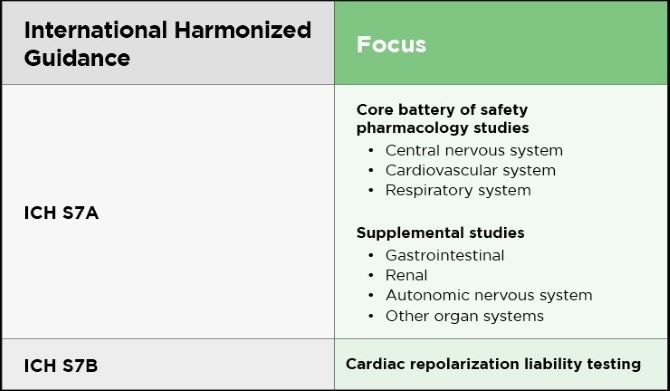 The first formal safety pharmacology regulatory guidelines came out of Japan in 1975, specifying the issues of concern and identifying which organ systems should be studied. This precedent influenced the eventual development of internationally harmonized safety pharmacology guidelines, as articulated within ICH S7A (2000). ICH S7B represented a later-issued elaboration of the rationale and approach to assessment of a specific kind of cardiac restitution issue which had been presenting problems for developed products for some years. This prompted the advent of regulatory safety pharmacology. The term “safety pharmacology” itself is relatively new, first seen in earlier drafts of these guidelines in the late 1990s, although earlier evolved terms, such as secondary pharmacology, are understood to be synonymous.

ICH S7A specifies a core battery of primary organ/system tests, including cardiovascular, respiratory, and central nervous system evaluation. It also states that supplemental studies may be needed for other possible functional effects, including, for example, those potentially affecting the gastrointestinal, renal, and autonomic nervous systems. 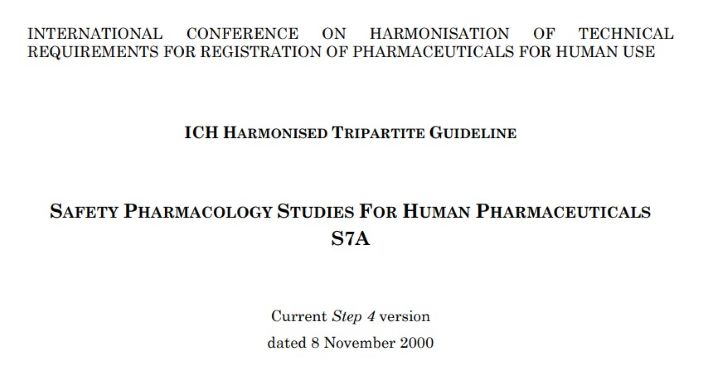 A separate guidance, ICH S7B, was added in 2005 to evaluate a drug’s potential to cause delayed ventricular repolarization (QT interval prolongation). ICH S7B outlines procedures for conducting in vivo and in vitro testing to estimate risk in humans. 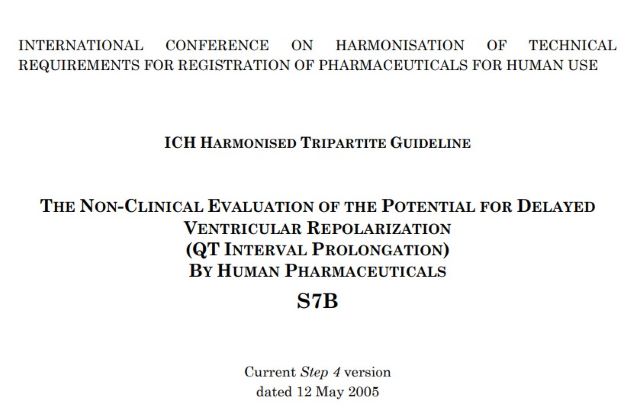 How Is Safety Pharmacology Different From Toxicology?

Safety pharmacology and toxicology are both concerned with aspects of safety evaluation. However, the two differ on a number of scientifically and pragmatically important dimensions. These differences influence study design, selection, and application of testing equipment and evaluative techniques and can impact safety pharmacology assay sensitivity. Assay sensitivity is a main concern of safety pharmacologists, since variations have important effects on the relative value and applicability of study data generated, especially to the clinical arena.

While toxicology measures largely histopathological changes in organ structure caused by drugs or (early) biomarkers for such toxicity, safety pharmacology investigates potential drug effects on key organ and physiological systems functions. To illustrate this divergence in focus and corresponding experimental approach, a drug might seriously and adversely affect cardiovascular functions, such as cardiac rate and rhythm, without causing any structural changes that would be seen by examining cardiac or vascular tissues. Conversely, cardiovascular toxins may produce changes at the tissue, cellular, or sub-cellular level, which do not have any detectable functional correlates, particularly early in the course of toxicity. The applied level of focus and experimental tools utilized in the examination affect what can be determined.

Why Does It Matter?

Definitive toxicology studies are typically designed to measure the effects of repeated-dose, cumulative exposure to a drug (weeks to months or more). Safety pharmacology studies, on the other hand, are usually designed to evaluate the effects of a single exposure to a drug.  This significant difference in dosing strategy implies that the focus of toxicology studies is on endpoints that are subject to change(s) engaged over relatively longer dosing intervals. In contrast, safety pharmacology endpoints are more characterized by relatively rapid onset and resolution following single, acute doses. Such differences in the temporal context of dose administration influence other study design elements in significant ways.

The relative sensitivity of variables measured on any toxicology or safety pharmacology study intended to characterize safety may be influenced by the experimental context in which the variables are measured. Toxicological effects are generally much less sensitive to acute changes in the laboratory environment (ambient noise, activity, lighting changes, odors, temperature variations, etc.), making them relatively context-independent. However, these same kinds of environmental changes are much more disruptive to ongoing data collection in safety pharmacology studies; accordingly, safety pharmacology studies may be described as relatively context-dependent.

Given this difference, the conditions under which safety pharmacology studies are conducted need to be more carefully controlled. For instance, toxicological endpoints, like clinical chemistry biomarkers, organ weights, and tissue histopathology, are unlikely to be influenced by lab environment noises and visual stimuli associated with technical staff’s cage-cleaning activities. The same stimuli occurring in—or near—the cardiovascular safety pharmacology testing environment may induce a variety of significant changes in measured cardiovascular parameters totally unrelated to, and potentially confounding to, actual test article effects. Since changes of the latter kind may lead to lack of clarity in study results, or even potentially uninterpretable study results, specialized safety pharmacology testing environments are needed. Proper isolation of cardiovascular safety testing labs (e.g., a separate/dedicated building like the one at Altasciences’ Columbia site) would be ideal to optimize data quality and mitigate the possibility of negative study outcomes. In addition, proper equipment and expert staff, trained to review signal and data quality, are musts for safety pharmacology studies. Staff must also be able to identify artefactual results and correct any environmental issues that might cause them to occur.

At the advent of the ICH S7A guideline, which was primarily written for small molecule drug development, the core battery of safety pharmacology tests was most often conducted separately for each system. With the evolution of therapeutics and preclinical biological endpoint monitoring technologies, additional possibilities now exist for modified approaches to safety pharmacology study design. From a technological standpoint, implantable and external telemetry systems have been developed to perform combined cardiorespiratory monitoring in swine, canines, and non-human primates. Considering ever-expanding biologic therapies development, opportunities that permit the evaluation of safety pharmacology variables within the context of planned toxicology study designs have also become available. The actual and potential differences inherent in safety pharmacology and toxicology testing strategies must often be reconciled in order to arrive at an acceptable combination study design. 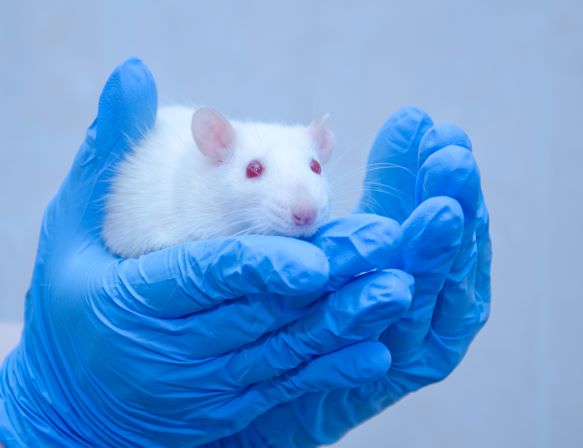 Due to the environmental sensitivity of safety pharmacology variables, the specific design and performance of safety pharmacology testing must optimize the quality of these systems/functional data while not compromising critical elements of the overall toxicology study design. Logistical considerations and temporal contiguities of different experimental data collections and procedures are crucial factors to consider when building an acceptable and efficient combination study design. It is important that these elements are capable of supporting all safety evaluation concerns while also preserving a healthy work/life balance for technical staff and managers performing expert logistical and hands-on study support.

There are numerous benefits for integrated testing strategies. Reductions in both the number of research animals needed (3Rs principles) and material investments, as well as the streamlining of the study efficiencies can yield significant cost savings. In addition, reduction is a core principle of the 3Rs of animal testing (replacement, reduction, and refinement). Completion of properly designed combination safety pharmacology/toxicology designs clearly represents a winning strategy when the needs of both subject areas are properly respected.

With three sites offering preclinical testing, Altasciences has both the quality facilities to humanely accommodate, and expert staff to professionally conduct, your safety pharmacology and toxicology studies, whether  standalone or alternate combination studies best meet your requirements. Reach out to us today for more information. 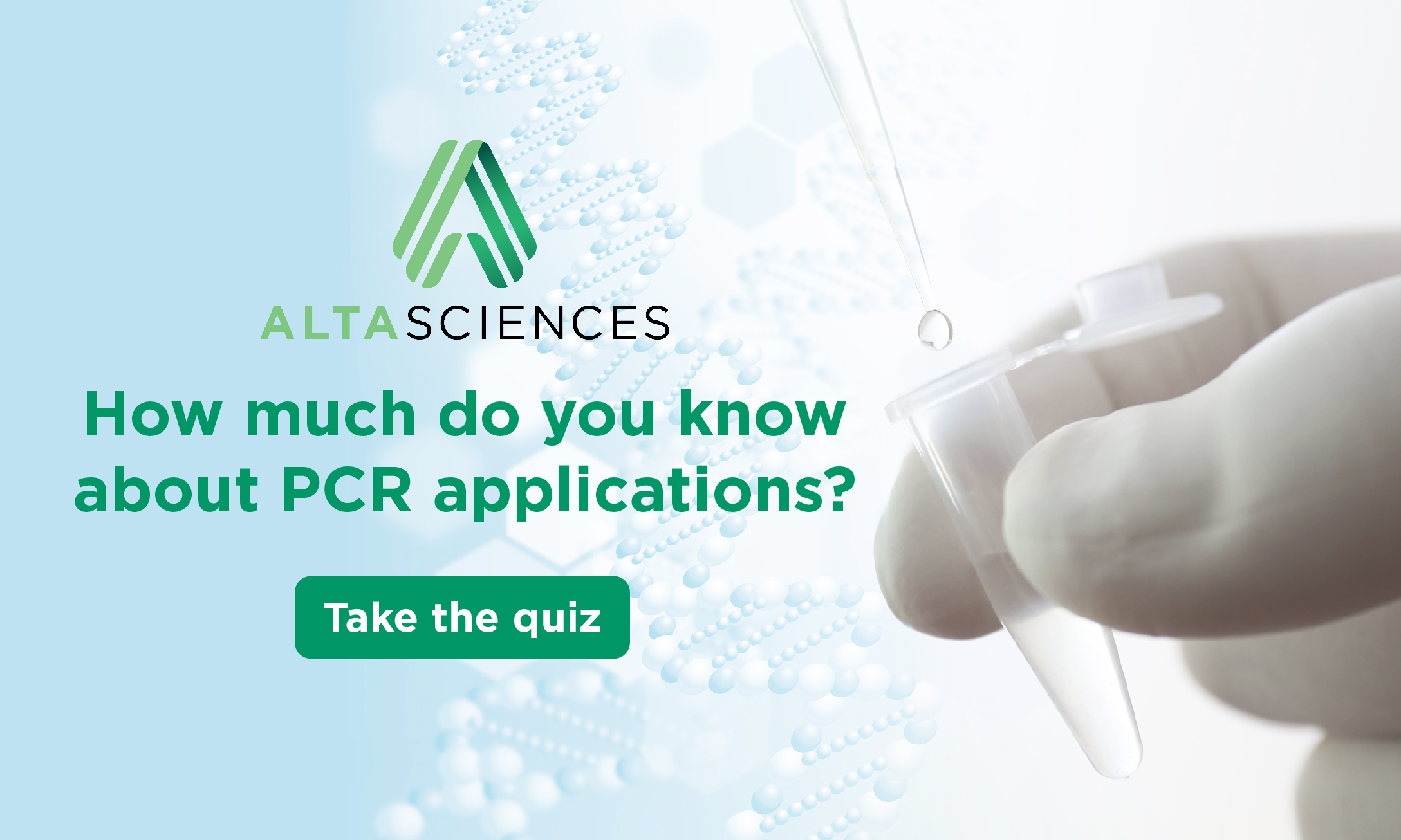 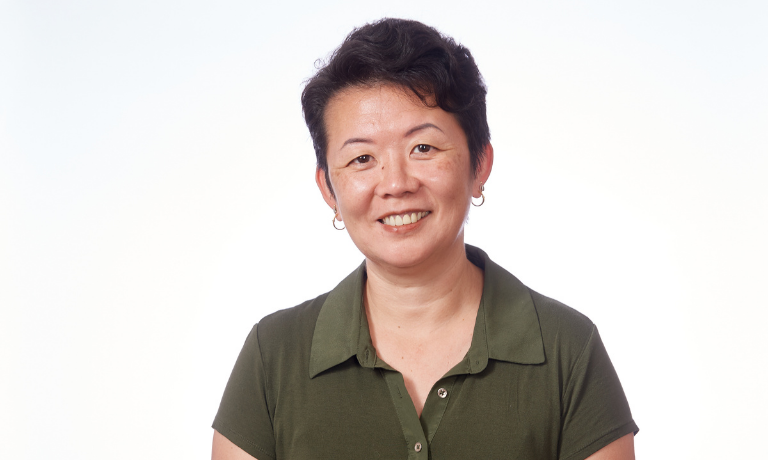 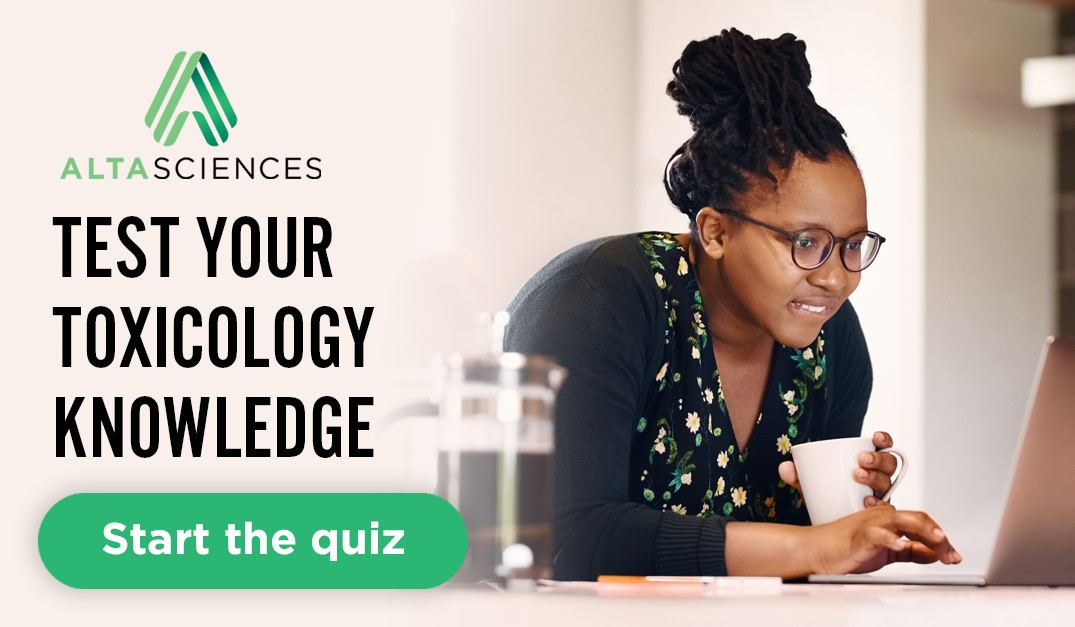 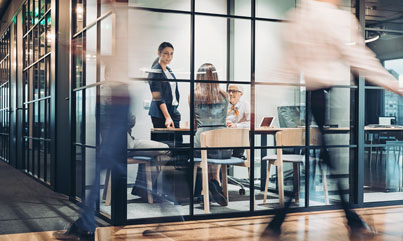